How often have you woken up with a stiff neck or back and concluded that you must have slept wrong?

Let’s take an example of falling off a horse and breaking your leg. On the surface it would seem that the obvious mechanism of injury in this scenario is the fall off the horse. It certainly contributes. There’s no denying that, but is it really the reason you broke your leg? Surely it must be. How could it be anything else?

If falling off a horse was the only mechanism of injury then a broken leg would happen every time anyone fell off a horse and we know that’s just not the case. So why would you break your leg sometimes and not other times? Perhaps it’s down to bone density as well as the physics of the speed of the fall, the surface you fall on and the angle you fall at.

Other factors will contribute to the reason you fell in the first place such as hydration status and concentration levels, your competence or ability to ride a horse, your decision making, the equipment, the horses fitness, the ground conditions. Many factors contribute and many of these are within your control to manage to reduce the risk. We just don’t always look at it that way.

When your back “goes” bending down to tie your shoes or lifting the shopping, the mechanism of injury isn’t because you’ve lifted and twisted. It’s more than likely this was waiting to happen because you lacked the strength and flexibility to do the task. This might be for a whole host of reasons but that’s our job as physiotherapists to figure out and help you get fit for purpose and prevent injury from happening in the first place or from recurring if you have been injured.

Similarly tearing a calf muscle running probably isn’t down to not warming up properly but the fitness of your lower limbs in general for the job you are asking them to do. Just like waking up with a stiff neck is highly unlikely to be the fault of the bed that you’ve slept in. You’ve slept perfectly well in that very same bed for years up to now so why would it be responsible for your neck pain on any given random morning?

It’s much more likely to be the various things you’ve been asking your body to do or your body isn’t capable of doing and pain is trying to grab your attention and that it’s time to make some changes.Your bone density doesn’t change as you fall off the horse that was something that preexisted before you got on the horse in the first place.

So if your back “goes” getting out of bed one morning or bending down to pick something up, don’t jump to conclusions that it must have been that sandwich you ate on Tuesday or that you slept wrong. Better still don’t wait until it “goes” to do something about that stiff achy back that’s been grumbling on and off for weeks that’s the equivalent of shutting the door after the horse has bolted.

← Dealing with crisis and Tier 5 Fatigue →

END_OF_DOCUMENT_TOKEN_TO_BE_REPLACED 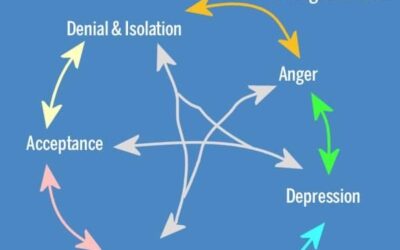 Dealing with crisis and Tier 5

Before I go into this blog I just want to wish everyone a safe and Happy New Year and thank everyone who has supported Spinalphysio over the last year. Thank you for complying with our infection control policy, your patience when we have asked you numerous questions...