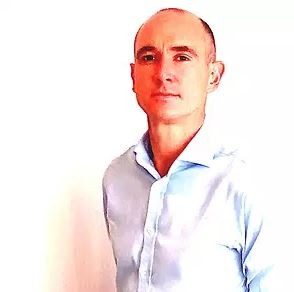 Kevin is the chief physiotherapist at Spinal Physio. He graduated from University College Dublin in 1998. After working as a research assistant for the University on a movement analysis project, he took up a rotational post in a large Dublin teaching hospital specialising in neurosurgery. He then went to work in Australia, where he gained experience in a rehabilitation hospital helping those with multiple injuries from severe trauma and also worked in private practice.

He returned to Ireland and worked with the Galway Gaelic football team during their All Ireland football championship winning season in 2001. He moved to England to study for a Masters degree in Sports and Exercise Medicine which he completed in 2003 from the University of Nottingham. During this time he was the physiotherapist for the Nottingham Panthers Ice Hockey team.

Kevin moved to Cambridge in 2004 and after working as an occupational health physiotherapy advisor for a large multi-national pharmaceutical company he set up the Spinal Physiotherapy and Sports Medicine Clinic. Kevin is also a member of the Jockey injury management team for the professional jockeys association providing race day physiotherapy at racecourses in the eastern region including Newmarket racecourse and also at Aintree for the Grand National. He also lectures at the British Horse Racing school in Newmarket and the University of Nottingham on injury management and prevention in horseracing. He has been a physiotherapist at multi sport events such as the UK school games since 2007 and part of the physiotherapy team at the Equestrian events for the London 2012 Olympics.

In his very limited spare time he enjoys playing golf and currently has a handicap of 3.

What Our Clients Say

Here are some of the things patients have had to say about our clinic and are happy for us to share with you.

"Kevin was incredible and completely transformed my experience of chronic back pain within a matter of weeks. I had almost completely lost hope of returning to the sport I loved but his approach was so different and effective. I cannot recommend highly enough."

"Kevin listened to me, and clearly explained the situation, possibilities, and the treatment. He left me feeling confident and positive. I was very happy with how I was treated. This was the second issue that Spinal Physio have dealt with, and I was pleased both times. Thank you."

"Kevin is phenomenal and has lots of experience with jockeys of all disciplines so knows how to keep us performing at our best."

“Thank you so much for your help over the years. After sticking to your advice you helped me recover from my motorbike crash to the point I can now enjoy horse riding again. As you can see I turned my attention to ballet and am strong enough in legs, core and feet to dance on pointe! You do amazing work and change lives. I went from being unable to walk 100m to this!!! Thank you."

"I am 75 years old & I have been to several Physiotherapists throughout my life. I had a torn Cartilage in my right knee and was in great pain. Mr Hunt came to my rescue. Mr Hunt, not to be dramatic, saved my life. He is amazing. He explained every part of my treatment carefully to me. I am now pain free. Mr Kevin Hunt is wonderful and I cannot praise him enough. Thank you Mr Hunt."

"I just wanted to drop you an email to say thank you for the treatment you recently provided me on my lower back. I recently ran a PB at New York marathon finishing 283rd Place with a time of 02:44:48 having had no signals/worries/feelings coming from my leg since my treatment. I finally feel I’m able to run without worry and most importantly without injury, so thank you very much, I will not hesitate to recommend your services or use you again myself. "

"The date, 7th November, is a big milestone because it was exactly one year ago that I first came to see you about my back. I wanted to let you know that my back has not gone into spasm once since then! I had had back pain for 5 - 6 years before you treated me, and now I really appreciate my pain-free life! I wanted to mark the date with a huge 'thank you'!"

"Words are insufficient to express the wonderful results available from the soothing hands of the Spinal Physio team. Firstly, the incomparable Kevin whose expertise quickly alleviates age-related aches and pain with apparent ease - the man's a genius! Secondly, the splendid Claire, who manages to ease painful heel problems in a similarly efficient way. Well worth the 4-hour round trip from Lowestoft!"

"Kevin could not have explained things better and I ended up being able to move my arms properly & almost painlessly after close to a year of suffering."

"Kevin is an excellent physio. I have seen many osteopaths and physiotherapists and over a 30 year period but I have only met one other Physio who’s treatment and advice is as effective as Kevin’s."

"I went to see Kevin after two excruciating bouts of sciatica – I could hardly walk. His confident, expert and thoughtful diagnoses fully explained why I was experiencing pain; his treatments helped me to recover; his recommendations for enjoyable and moderately demanding daily exercises have inspired me to keep myself fit and pain-free. And I got some great golf tips as well. Thoroughly recommended."