The reality is that very few people enjoy exercising but nearly everyone enjoys the benefits of exercise. In 25 years of being a physiotherapist involved with health, fitness and sport from grassroots to Olympic level I can assure you that very few people indeed enjoy exercise. Even the world champions. People like games where they run around after things such as in Football or Tennis but by enlarge people don’t enjoy doing exercise. They do however enjoy the feeling of well being that it gives them and intellectually understand for the most part, that we need to be physically active in a modern world that is becoming increasingly sedentary.

Statistics can be manipulated in many ways but one I like to quote every now and again is that it’s easier to give up heroin than it is to exercise. On the surface this is quite shocking but not surprising when you understand that this statistic is based on a comparison between those who complete drug rehabilitation for heroin addiction and if they are clean and sober at 3 months post rehab versus those who join the gym and are they still going regularly at three months?

In this case the heroin addicts win. This comparison doesn’t look at all those who started drug rehabilitation but didn’t finish the course but rather those who were successful in completing rehab. It didn’t compare those with multiple failed attempts at rehab, just those who were successful in completing the program. When you consider those who join the gym, typically around Christmas or new year, thinking that a gym membership alone will be enough to inspire them to exercise, you can see how the heroin addicts can be the more successful group. The reason for this will be in part because those who completed rehab were more likely to have truly desired to make a change to their lives. Paying for a gym membership as a new years resolution doesn’t mean you are truly committed to exercising. You’ve got to want it to make it happen.

Over the years I’ve come to realise there are a dozen things we need to help us succeed with regular exercise.

A few years ago a good friend of mine was telling me that his older brother had turned 50. This was surprising enough as we had all grown up together and I couldn’t quite believe Jimmy was 50. My friend went on to say “He has the same birthday as Daniel Craig you know”. I was impressed. Jimmy had always been special and as a kid I thought he was some kind of secret agent. My friend continued. “Yeah, the same birthday as James Bond, but different gyms!!”

END_OF_DOCUMENT_TOKEN_TO_BE_REPLACED 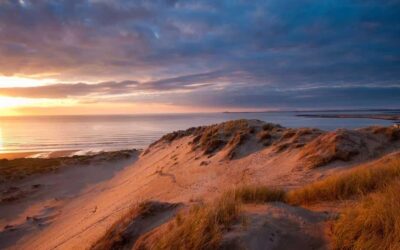 Over the last few months it has become evident to me that many of us are starting to struggle with the effects of the current pandemic on our lifestyle and wellbeing. About now most of us would be taking a break. A change of scene can be good for the soul and allow us...